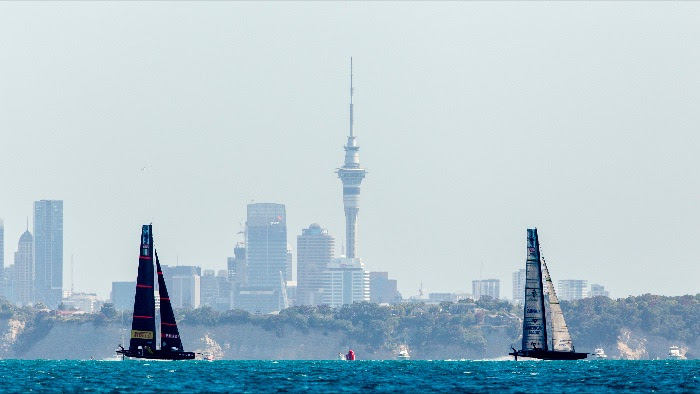 Sailing yachts have always represented fruitful ground for multidisciplinary design optimization. At the same time, sailing is an important element of local culture in our hometown, Trieste. With these two factors combined, it is no surprise that challenges in this field have accompanied the development of ESTECO from the very beginning.

This pioneering paper from the year 2000 testifies to our early efforts in this field, where Machine Learning, CFD, and optimization were merged to design a fin keel.

Around the same time, in the early 2000s, our technology was at the heart of a prototype web service Sail4Web, where Navier-Stokes calculations coupled with structural simulations were made available to sail designers through a web interface.

Our ties with America’s Cup also run back to the early 2000s. We’ve been present in the challenge of designing the boats for the World’s oldest sailing trophy ever since the graduation of my two ex-students in 2004: Matteo Ledri (now Luna Rossa Prada Pirelli Challenge) and Silvio Arrivabene (now American Magic).

The World's oldest sailing trophy has long been known for pushing the limits of sailing boat design. But the developments in the realm of the 36th America’s Cup are going beyond imagination. The AC75 class yachts are not simply sailing yachts. They are flying objects - 75 feet long (22.8m), 7.5ton mass with 12 people crew capable of flying at about 50knots (92km/h) with the only internal energy source provided by the arms of the athletes on board.

As of 17th December, we will have the chance to see the results of this unprecedented design challenge that started three years ago. Four AC75 yachts will be challenging one another in the waters of Auckland, New Zealand, paving the way for the final America’s Cup regatta in March 2021.

As official technology suppliers of two of the competing teams, Luna Rossa Prada Pirelli and American Magic, we’ve had the opportunity to host the passionate talks from their designers at the ESTECO Users’ Meeting 2020 held this fall. Giorgio Provinciali (American Magic), Martin Fischer, and Mario Caponnetto (Luna Rossa Prada Pirelli Challenge) presented how they faced the design challenge using modeFRONTIER.

Their keynotes offer interesting insights into the design explorations performed with modeFRONTIER to design the foils, the hull, the maneuvers, and to explore the operational envelope of these vehicles capable of flying on water. I recommend consulting these presentations - the numbers are, of course, super-confidential, but the flavor of the design effort made is clear and inspiring. 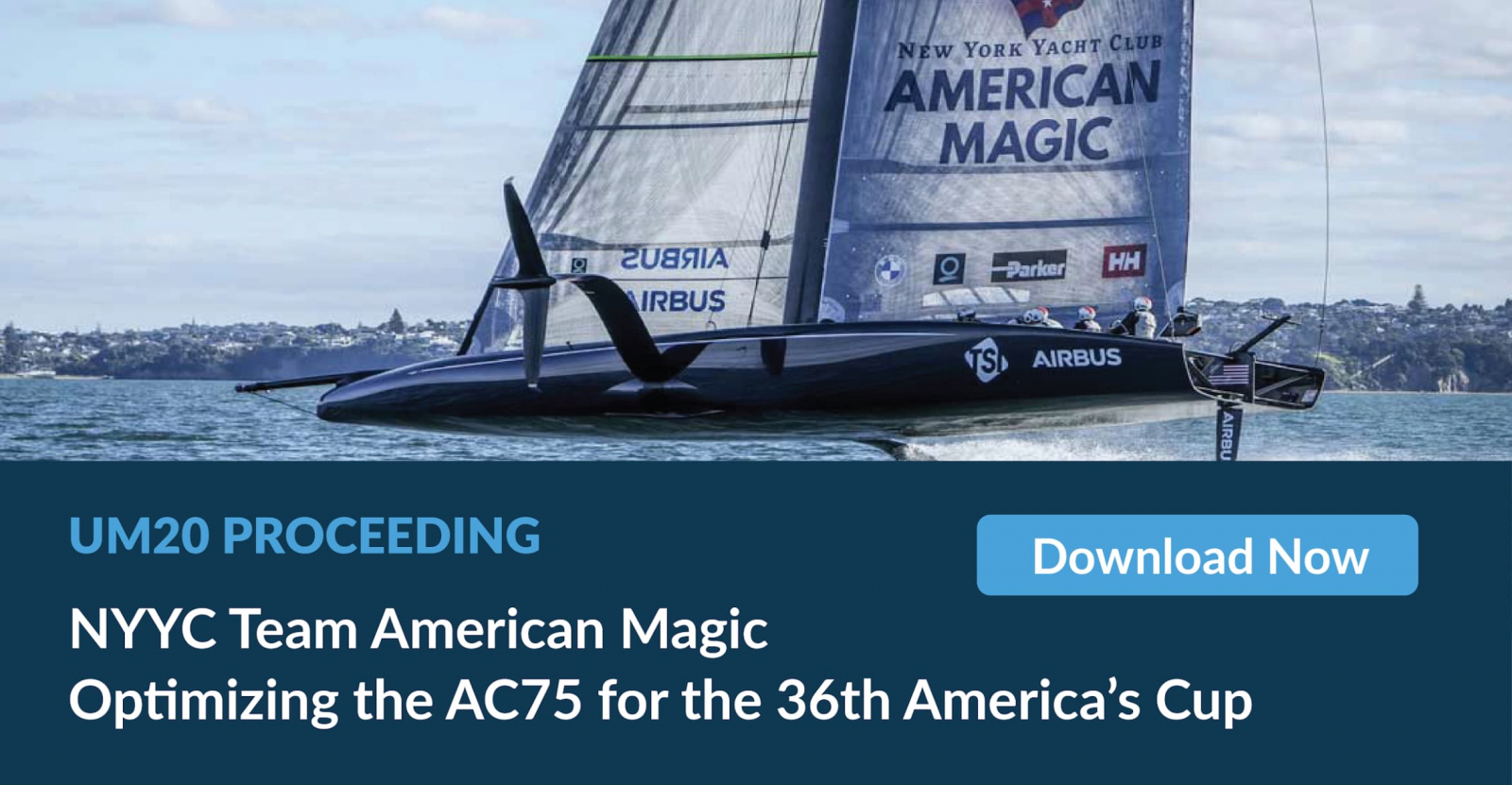 Every now and then people ask me how come we support two teams.  The answer is simple but deserves a two-fold explanation:

As Italians, our hearts are for Luna Rossa. At ESTECO North America, our colleagues might cheer for American Magic. But as engineers and technology providers, our bonds with passionate engineers we’ve met along several past challenges extend well beyond the individual teams or flags.

Let’s all tune in and admire these unique races merging athletic performance, tactics, and technology.

Carlo Poloni is the president of ESTECO. A Professor of Mechanical Engineering at the University of Trieste, he co-founded ESTECO in 1999. He previously worked at Aeritalia and Sincrotrone Trieste and joined the University of Trieste as a researcher with a focus on Multidisciplinary Design Optimization. He has authored more than 100 papers and collaborates with international companies and organizations. He is also a member of the board of the Italian Chapter of INCOSE.