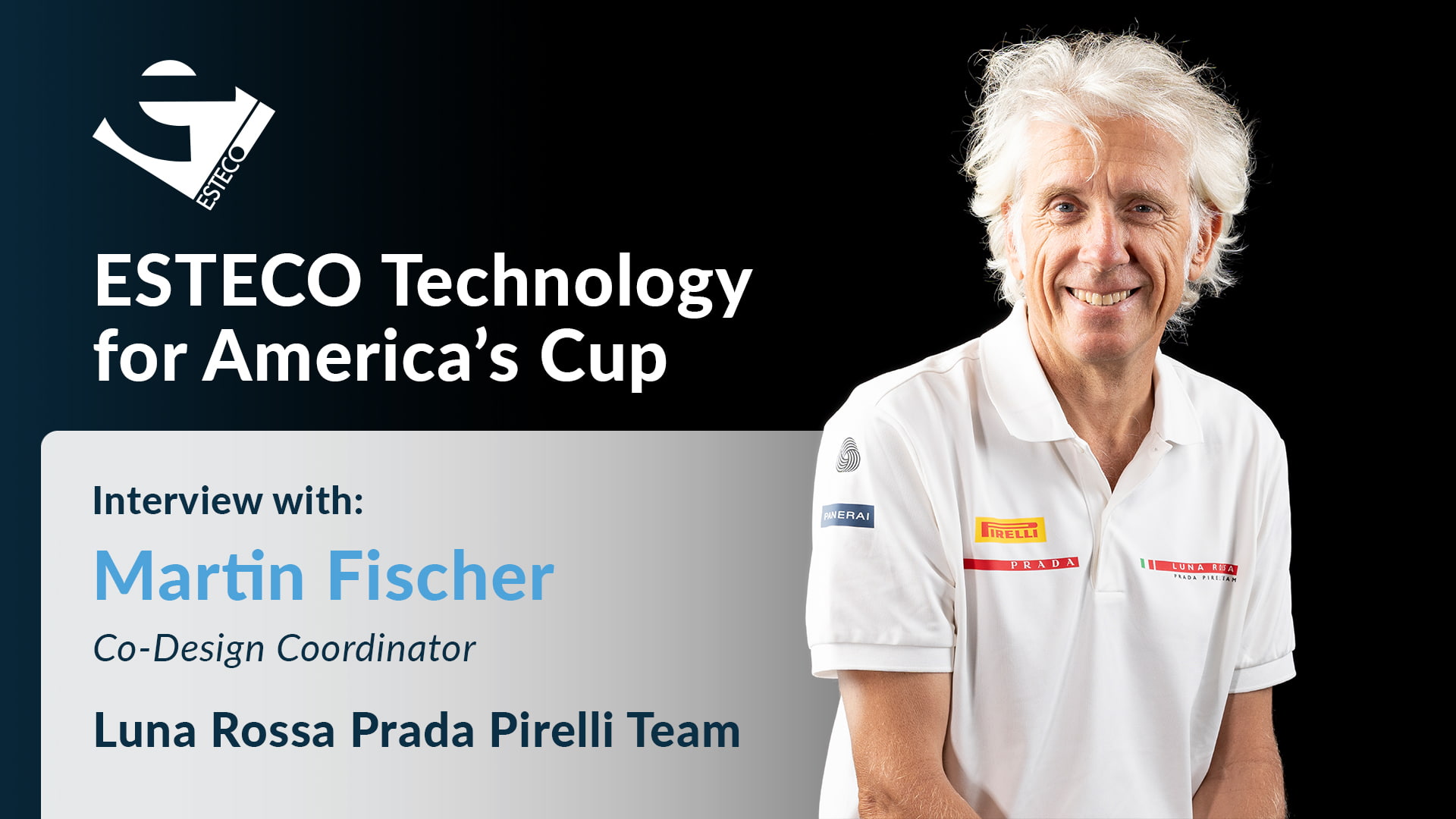 During the ESTECO Users’ Meeting 2020, we met Martin Fischer, Co-Design Coordinator for Luna Rossa Prada Pirelli Team, to learn more about the role modeFRONTIER played in the hull and foil design of their AC75 yacht, but also in optimizing sailing techniques.

ESTECO: The 36th America's cup has introduced a complete new boat class: foiling monohulls. A new concept, new challenges and little existing experience. How did modeFRONTIER help you in the preliminary design phase?

Martin Fischer: modeFRONTIER helped us really tremendously in the preliminary design phase because these boats were completely new, we didn’t have any experience. For example, we didn’t know at all what the hull should look like to have an easy takeoff. We didn’t get how these boats should get onto the foils. In order to explore that in the beginning, with our simulator we developed a takeoff sequence that was controlled by modeFRONTIER.

Then we used these optimized takeoff sequences to define a cross-function that represented the quality of the takeoff phase, and then we used that crossed function in the hull optimization that was also run with modeFRONTIER.

We ran that in several loops. In the beginning, we explored a very wide design space because we didn’t know anything about these boats. Initially with less details, then we slowly introduced more details to describe the hull shape and reduced the size of the design space.

All this took us about three months and without modeFRONTIER it would have been impossible - it would have taken ages and we never would have found the very unusual hull shape that we found in the end. A hull shape came out that none of us had expected.

I consider it a big success and it was really thanks to modeFRONTIER that we found this hull shape.

ESTECO: Multi-fidelity and multi-disciplinary optimization have become a crucial aspect in the design of complex systems like the foiling monohull. How did you  use modeFRONTIER’s capabilities to address these topics?

Martin Fischer: In order to address multi-fidelity optimization we ran optimizations on different topics in which we varied some of the input parameters that went into the optimization.

For instance, for hull shape, and also for foil design, we defined certain boat speeds and certain loads for those speeds. Since we didn’t know exactly if those were the real numbers, we varied them and then ran several optimizations with different parameters.

This allowed us to take into account the uncertainties and therefore it gave us the confidence that in the end the shapes that came out of this optimization process were not just optimized into a small local minimum, but that they represented a global minimum, or as close as possible to that.

ESTECO: The America's Cup is a highly competitive environment, where time may be one of the most important factors along with the performance. Could you tell us about any time saving and performance enhancements obtained with modeFRONTIER?

Martin Fischer: We used modeFRONTIER in the optimization of hull shapes, foil shapes, and also to optimize sailing techniques. In all those fields modeFRONTIER allowed us to explore a much wider design space in a given amount of time than we could have done without the use of such a powerful optimization tool.

Time and performance are very closely linked in the America’s Cup campaign because we have a very limited amount of time. If you have a very fast tool that allows you to explore a wide design space in a given time, then for sure you will in the end get a better and faster boat.

modeFRONTIER allowed us to explore within the given timeframe that we had the biggest possible design space and therefore to get the most out of the time that we had.

Listen to the full interview in the podcast.

Nela Lazarevic has been working as a Communications Specialist at ESTECO since 2016. She has a background in newspaper and press agency journalism. Prior to joining ESTECO, she worked for the Italian press agency ANSA, and she also collaborated with several international media outlets as a correspondent from Italy. She has a degree in Journalism and Mass Communication from the University of Florence, Italy. At ESTECO, she coordinates the company's blogs, media relations, and video production among other things.