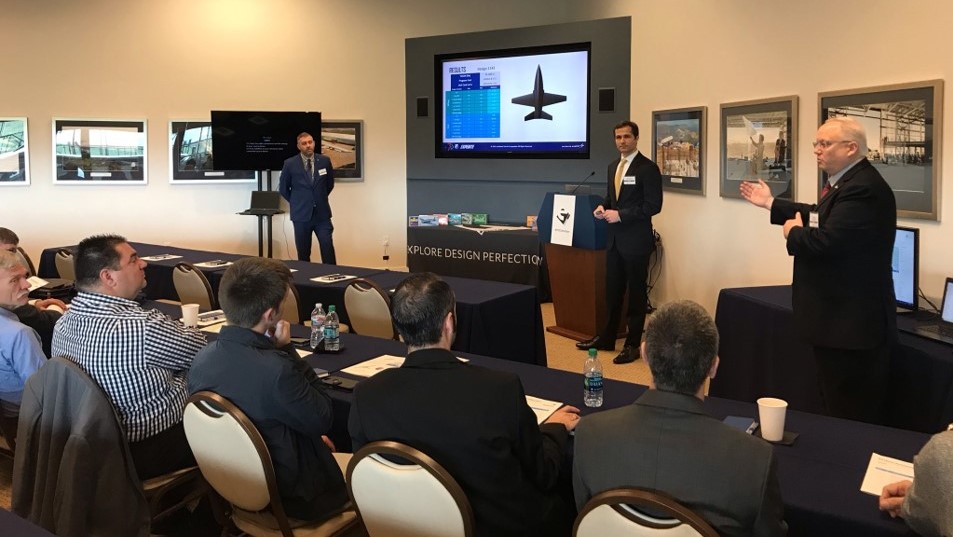 On March 19-20, 2019 we held the second edition of the ESTECO Technology Days at the Ronald Reagan Presidential Library in Los Angeles, CA. The theme of the event was Aerospace Multidisciplinary Design Optimization (MDO) to put focus on a very exciting and growing market. The two-day event featured presentations by customers, technology updates by ESTECO and a workshop on the web platform for multidisciplinary business process optimization VOLTA.

Roel Van De Velde, Director of Aerospace & Defense at ESTECO, opened the event with a welcome and brief introduction to ESTECO, explaining the concepts and benefits of MDO using a recent success story from Embraer. Carlo Poloni, President of ESTECO, gave a historical overview of ESTECO and its roots in aerospace by highlighting several case studies conducted in the EU funded FRONTIER project in the mid-90’s, which led to the birth of modeFRONTIER. 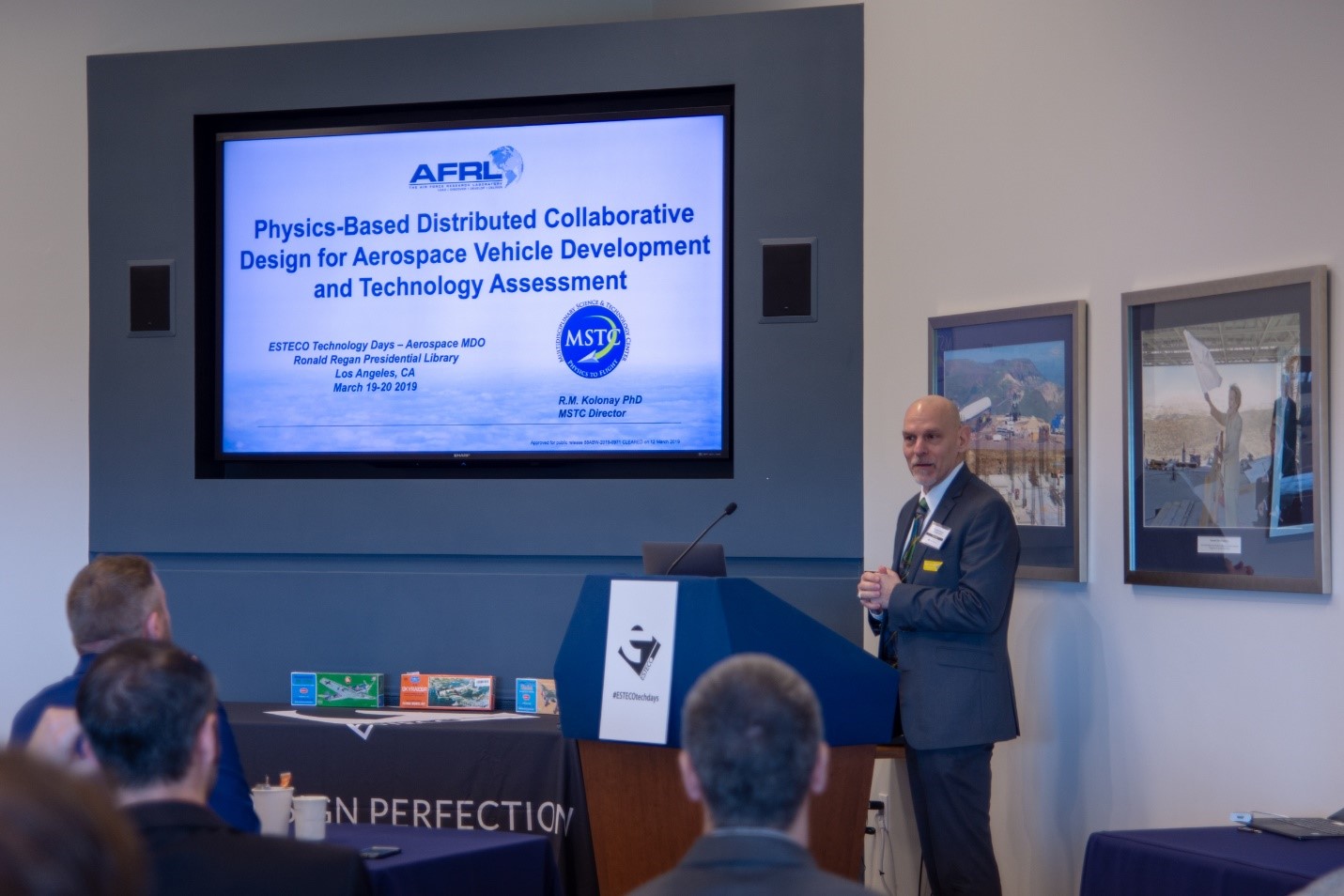 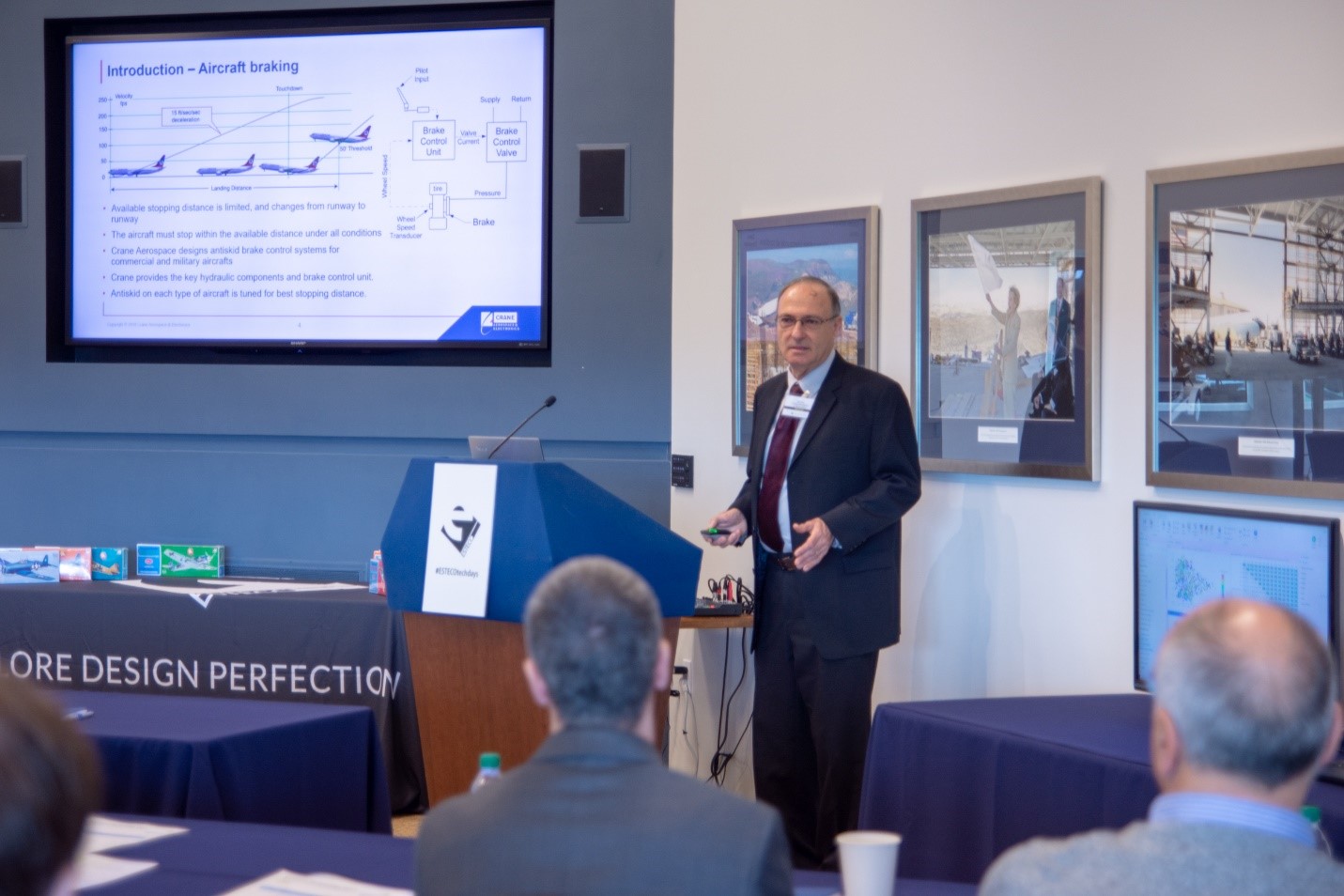 In the afternoon, Harsh Shah, Research Engineer at the National Institute for Aviation Research, presented on multidisciplinary design optimization methods to support virtual conceptual aircraft designs, followed by Ray Kolonay, Director of Multidisciplinary Science and Technology Center at AFRL, who gave a US Air Force perspective on distributed collaborative MDO.

Concluding the first day, Matteo Nicolich shared the development roadmap, with news on the VOLTA API, augmented analytics, the web workflow editor based on the BPMN standard, and PLM integration.

The workshop on the second day allowed the participants to explore VOLTA using a collaborative MDO exercise.

Overall, the event was a great opportunity for industry and academia to share their experiences and voice their wishes for the future.

We would like to thank the presenters and participants for an engaging and informative meeting, and we hope to see you at our upcoming Users' Meeting North America on October 29-30 in Detroit, MI.