ESTECO congratulates Ben Ainslie and all the Land Rover BAR team for their outstanding victory in the first leg of the America's Cup World Series, held in Portsmouth from July 23 to 26.

Winning the first leg of the Series gives the team an important psychological edge over the completion, taking it one step closer towards bringing the America's Cup to Britain for the first time in the history of this competition. 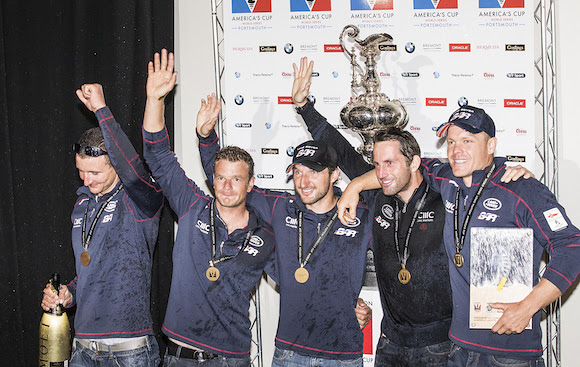 BAR now tops the Series leaderboard after a brilliant performance on Saturday 25. "It was emotional for us when we got out of the harbor entrance and saw thousands of boats out there, I have never seen anything like that in my sailing career", said Ben Ainslie. The four-time Olympic gold medalist added “to win the first Louis Vuitton America's Cup World Series of 2015 in front of our home crowd is massive for our team, and sets us up for a very exciting future.”

As a technical partner of the Land Rover BAR, ESTECO is proud to have contributed to the win and wishes the team all the best for the next race.