Multidisciplinary optimization of the thermal and structural model of a building 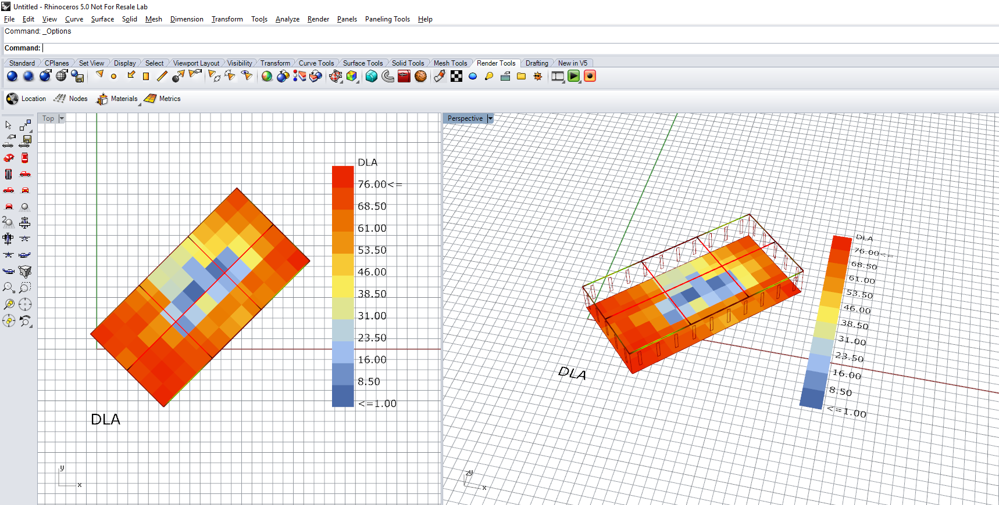 SOLUTION - The thermal and structural analysis of the office building floor has been performed in Grasshopper and integrated in modeFRONTIER workflow. The parameters related to angle of rotation of the building, aspect ratio of the floor (width / length ratio) and window width ratio (global window surface) were considered by the software to optimize conflicting output results (winter radiation and mass of structure) while considering constraints such as summer radiation, admissible strain and displacement of the beam structure. 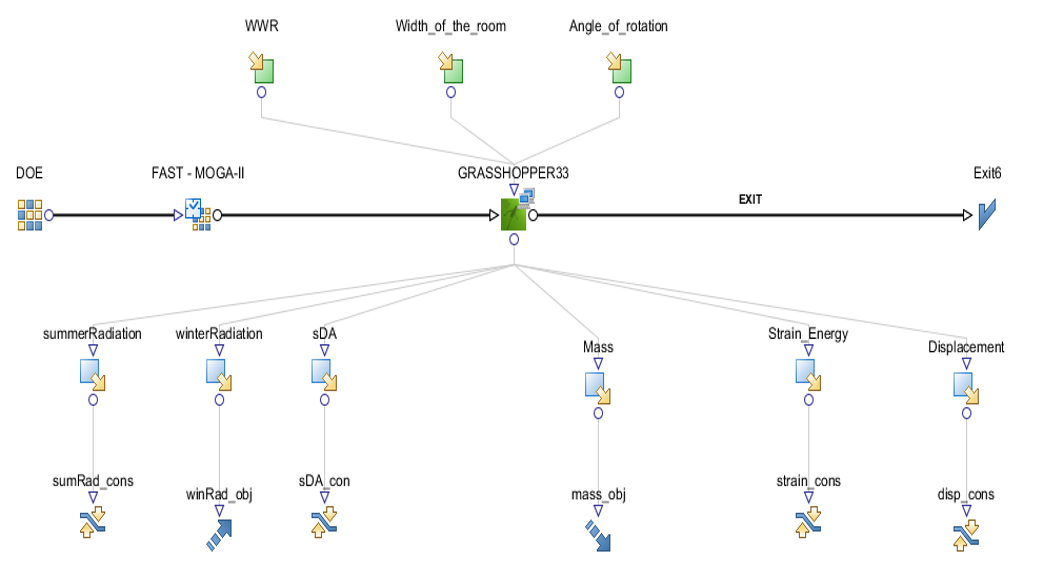 BENEFITS - The use of different multi-objectives algorithms led to a pareto frontier containing optimum solutions from the two confliciting objectives. The behavior of our improved pilOPT algorithm has been tested and compared with pilOPT (previous version), NSGA-II and other algorithms. 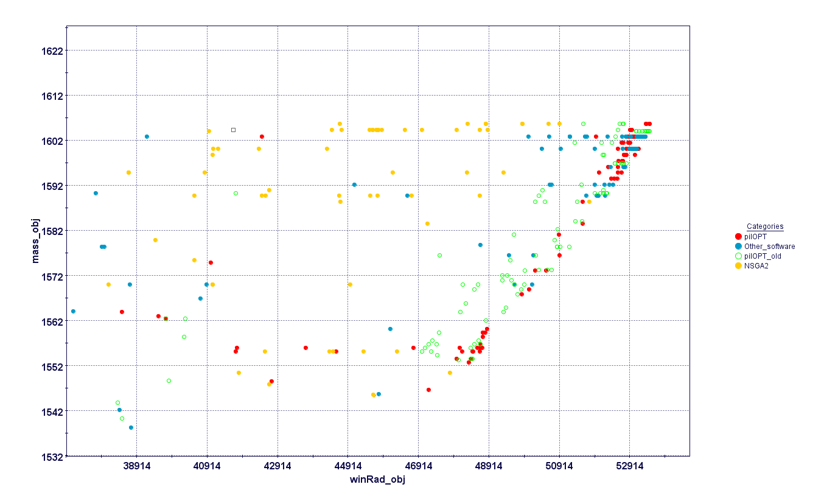 For a given number of simulations (150), the improved pilOPT is faster and require less computational resources to reach optimal set of solutions. It is also able to explore more widely and accurately the Pareto Frontier than the other algorithms. 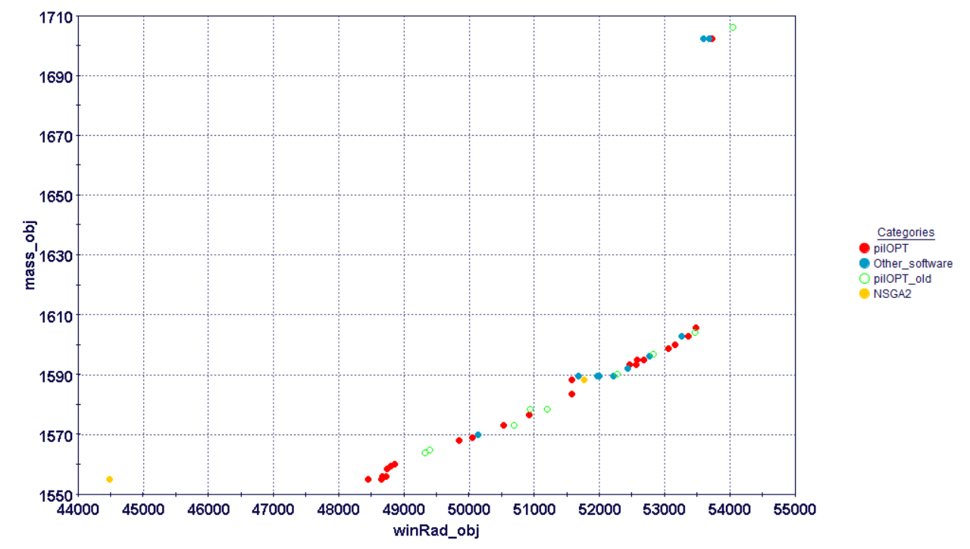