Optimization of a conveyor transfer chute including particle flows 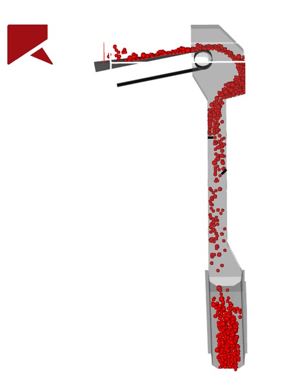 CHALLENGE - A common problem in the transfer chute is the unbalanced mass flow at the outlet conveyor. This might cause premature deterioration of components requiring more maintenance interventions than expected, producing a great impact on the overall production. To prevent this problem to occur, designers can modifying the chute to better distribute the particle flow at the bottom conveyor. Defining the values for these variables, however, is not an easy task due to the high number of possible configurations and the consequences that inappropriate dimensions may cause in the process, such as the obstruction of the entire mass flow (clogging), or even an increased flow unbalance in the bottom conveyor.

SOLUTION - To improve the mass flow balance and avoid clogging, dimensions of the rock box and baffles are defined as input variables in the modeFRONTIER optimization workflow, to identify the best geometries. The objective consists in reducing the difference in curve averages of total mass in left and right part of the conveyor after 18 seconds of simulation. Constraints are also defined for mass flows to avoid the clogging problem. 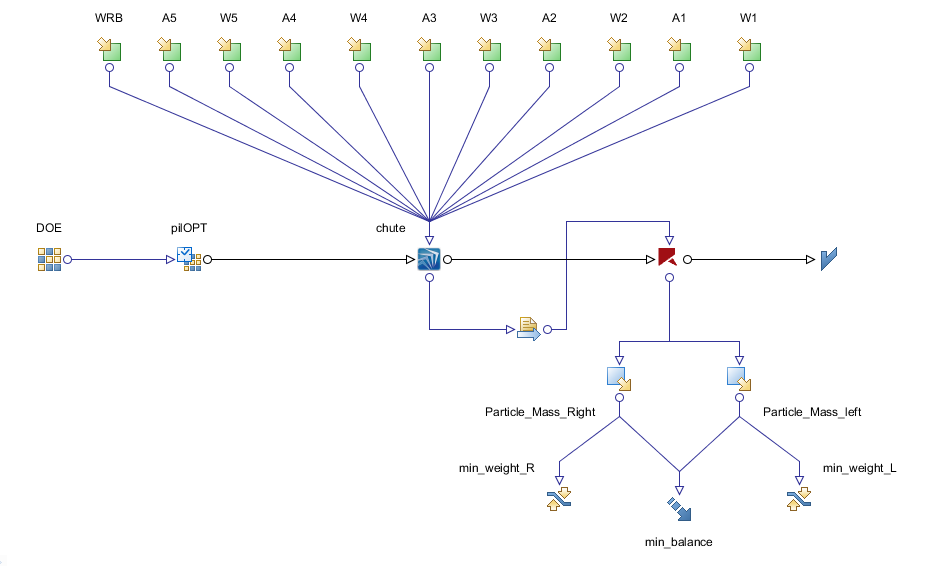 The geometric variables in this case are passed to ANSYS SpaceClaim, that automatically changes their values based on the optimization algorithm inputs and generates a STL file which is automatically recognized by the Rocky direct node in modeFRONTIER. Once the simulation is performed, Rocky DEM computes the total mass in the right and left parts of the bottom conveyor, sending the results back to modeFRONTIER. The maximum number of iterations was set to 250, and the optimum configuration was found after 235 design evaluations.

BENEFITS - For the original configuration, the mass average on the right side of the conveyor after 18 seconds of operation was 94,35Kg, while the left side had an average of 72.42kg, which represents a difference of 23% between the two sides. Coupling Rocky DEM with modeFRONTIER enabled engineers to select the optimum design that reduced this difference to 0.2%, achieving an almost full balance. 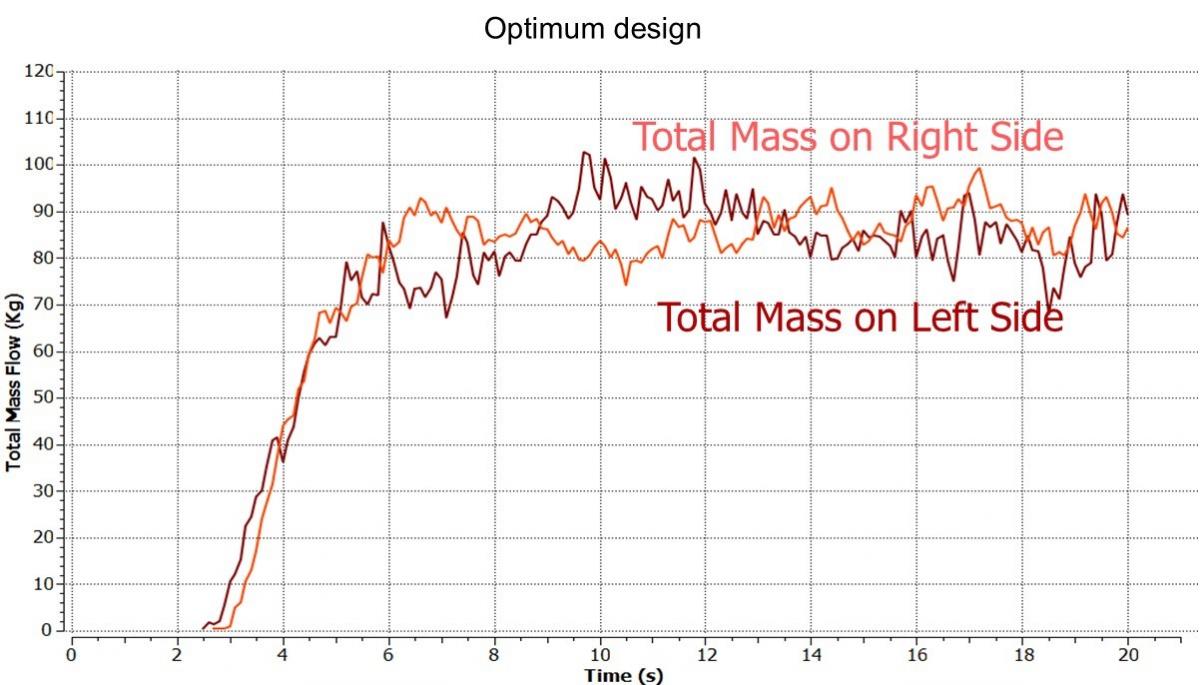