The study of turbomachinery can be done analytically, working with dimensionless parameters, which permit to compare the performance of several machines. Analytical methods are very useful in turbomachinery analysis, but since the flow phenomena in turbomachinery components is extremely complex, the studies related with this kind of components should be assisted by computer numerical techniques. It is for this reason that CFD techniques have facilitated significantly the optimization works of these components, permitting their detailed analysis, so that the main parameters such as pressure coefficients, friction coefficients, lift coefficients, Mach numbers and velocity distributions can be quantified with appropriate precision. 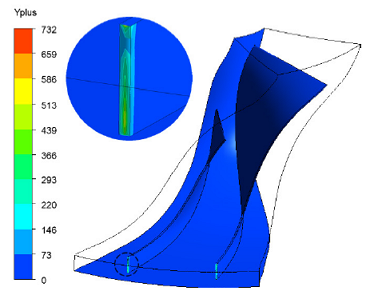 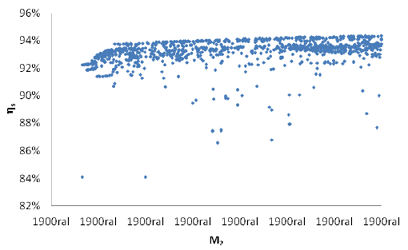 The Sobol algorithm has been used for the creation of the initial population in order to establish a uniform set of samples in the design space and the Non-dominated Sorting Genetic Algorithm II (NSGA-II) has been used as optimization algorithm. As a result 1489 combinations were evaluated, 1042 of which satisfied the selection criterion (exit Mach number less than 1).

The results obtained using the proposed methodology have been confirmed through CFD simulations, and it has been shown that this procedure permits an improvement of impeller configurations with efficiency increase of around 3%.