CHALLENGE - The aircraft design is an extremely complex multidisciplinary process of determination of configuration variables to satisfy a series of mission requirements. For the designer, it becomes very difficult to foresee the consequences of a change in the variables in earlier phases of the design. The various parameters that determine the characteristics, aerodynamics, structural and stability of an aircraft have an interdependent relationship. Thus, the simultaneous variation of each parameter is required and is made possible by employing a process of multidisciplinary optimization, using genetic algorithms coupled to the tools of theoretical and numerical analysis. 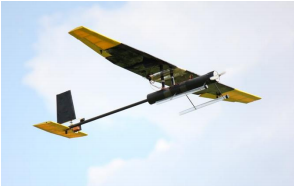 SOLUTION - Optimizations of the aircraft were performed for mono-objective and another multi-objective case, always seeking to minimize the aircraft weight, but ensuring that it is able to produce lift, capable of carrying a total mass of 7.5 kg. The results showed agreement between the two cases, and through these results a comparison was made between different aircraft configurations.

BENEFITS - In this case, the multi-objective design environment modeFRONTIER allows the integration of different computational software (any commercial or in-house code) into a common design environment, allowing the automatic run of a series of computations proposed by a selected optimization algorithm, until the specified objectives are satisfied.  At the end it is expected to develop a methodology that can be applied to the conceptual design of mini-UAVs resulting in a final configuration aircraft with the lowest structural weight, which meets the project requirements. modeFRONTIER proved to be an environment quite interesting because it allows the integration of various analysis software used in aeronautical design. The routine developed proved to be useful, because through it is possible to analyze various configurations of aircraft, seeking one that best fits the objectives outlined in the project to make sure that you have an optimized project.