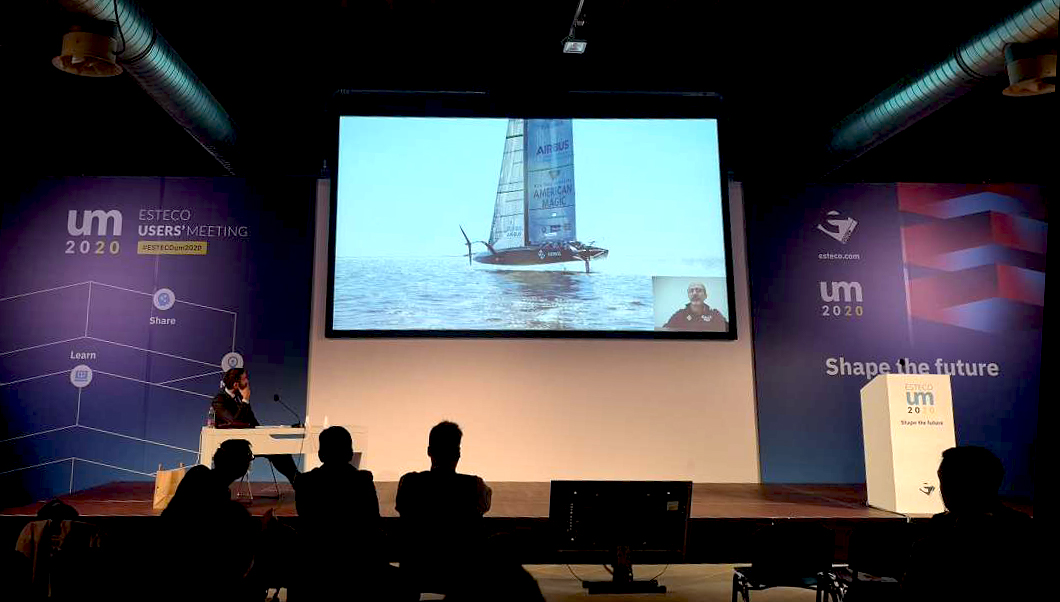 America's Cup, a "design race" on the stage of UM20 while boats land in Auckland

While the 36th America’s Cup spotlight is now on New Zealand, we’re proud we hosted a “virtual match” between designers from different teams on the stage of the ESTECO International Users’ Meeting 2020.

On 1 October, the conference participants - more than 350 people attending in person or online - listened to engineers from Team American Magic and Luna Rossa Prada Pirelli. In the “Flying Objects” session, they discussed the optimization of their own groundbreaking monohull yachts, which are now reaching Auckland for training in water before the AWCS regatta in December. 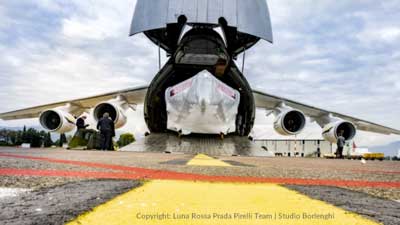 Martin Fischer, co-design coordinator of the Luna Rossa Prada Pirelli Team, and Mario Caponnetto, CFD leader, described how modeFRONTIER has become an essential part of the team development efforts. Our optimization software was key in fields as different as hull and foil design, sailing technique and training of the sailors and even model debugging. On 5 October, the optimized Luna Rossa’s boat landed in Auckland. The launch is planned at the end of month, to resume training on the Hauraki Gulf soon after. 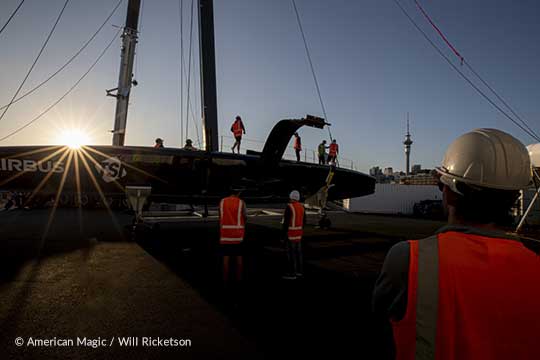 In the ranks of the team American Magic, Giorgio Provinciali, head of performance prediction, joined the UM20 speakers line-up with engineers Arthur Rozand and Paolo Motta. In their video contribution from New Zealand, they explained how they applied MDO in the design of their AC75 foiling monohull. On 5 October, Patriot, the second AC75 built by NYYC American Magic, was wheeled outside its hangar for the first time at the team's base in the Wynyard Quarter of Auckland. The boat is undergoing a wide range of tests by the design and shore teams ahead of its future launch.

As technical suppliers of both teams, it was a pleasure to share their optimization stories with our users and customers. We’re looking forward to seeing these boats flying on the water in Auckland next December.

In the meantime, learn in detail how the American Magic Team partnered with us to perfect their AC75.