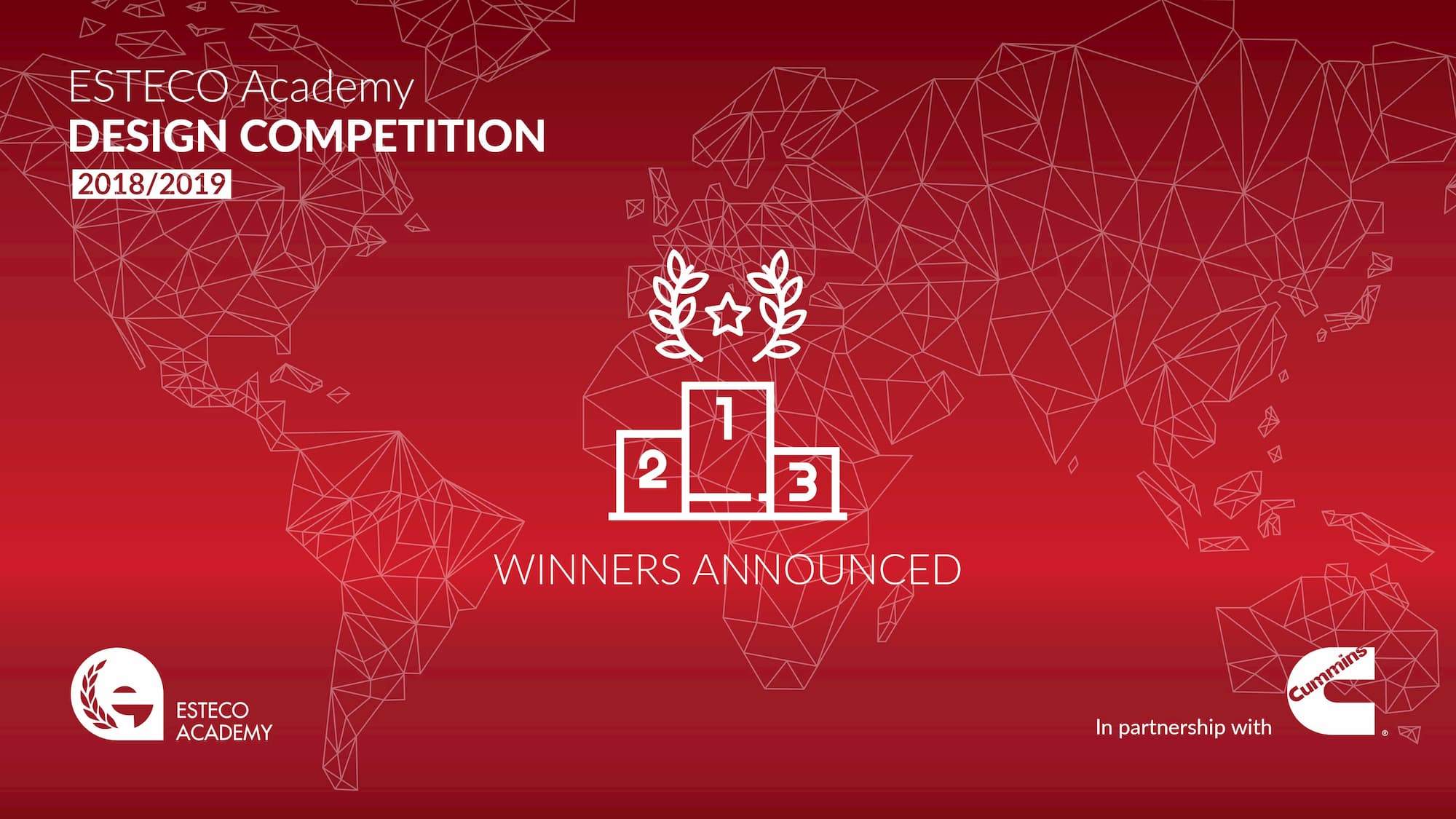 The second round of evaluation has decided the winners among nine teams shortlisted for the 2018/2019 edition of the ESTECO Academy Design Competition organized in partnership with Cummins.

"We are impressed by the overall quality of the projects and by the variety of ideas and solutions proposed by the teams. It is our honor to keep supporting the talented engineers of the future on their journey into the professional world through our ESTECO Academy program", said Enrico Nobile, Scientific Advisor at ESTECO. "The competition offers engineering students from all over the world the unique opportunity to apply leading professional technology to develop real-world solutions. We are also grateful to both ANSYS and Gamma Technologies for having provided their top simulation tools to the competing teams. Thanks to the partnership with Cummins, the winners will also be considered for internships at a Cummins site worldwide where they will get to experience the real challenges of sizing and optimizing energy supply, by means of traditional and renewable energy sources, with microgrids, a theme of particular relevance nowadays."

"Cummins was thrilled to see how many teams took interest in the competition across the world, said Kevin Brittain, MDO Group Leader at Cummins. "The microgrid design for the Phaltan site was a relevant and challenging problem and we were extremely impressed by the quality of work and novel approaches used. We want to recognize the hard work done by all the teams and congratulate the winners."

The jury - made of ESTECO experts and Cummins leaders - judged the projects based on innovation, creativity and justified improvements in energy usage and sustainability. The competition challenge consisted of the design/sizing of a hybrid microgrid that uses both conventional and renewable energy sources to provide energy supply to a manufacturing facility. 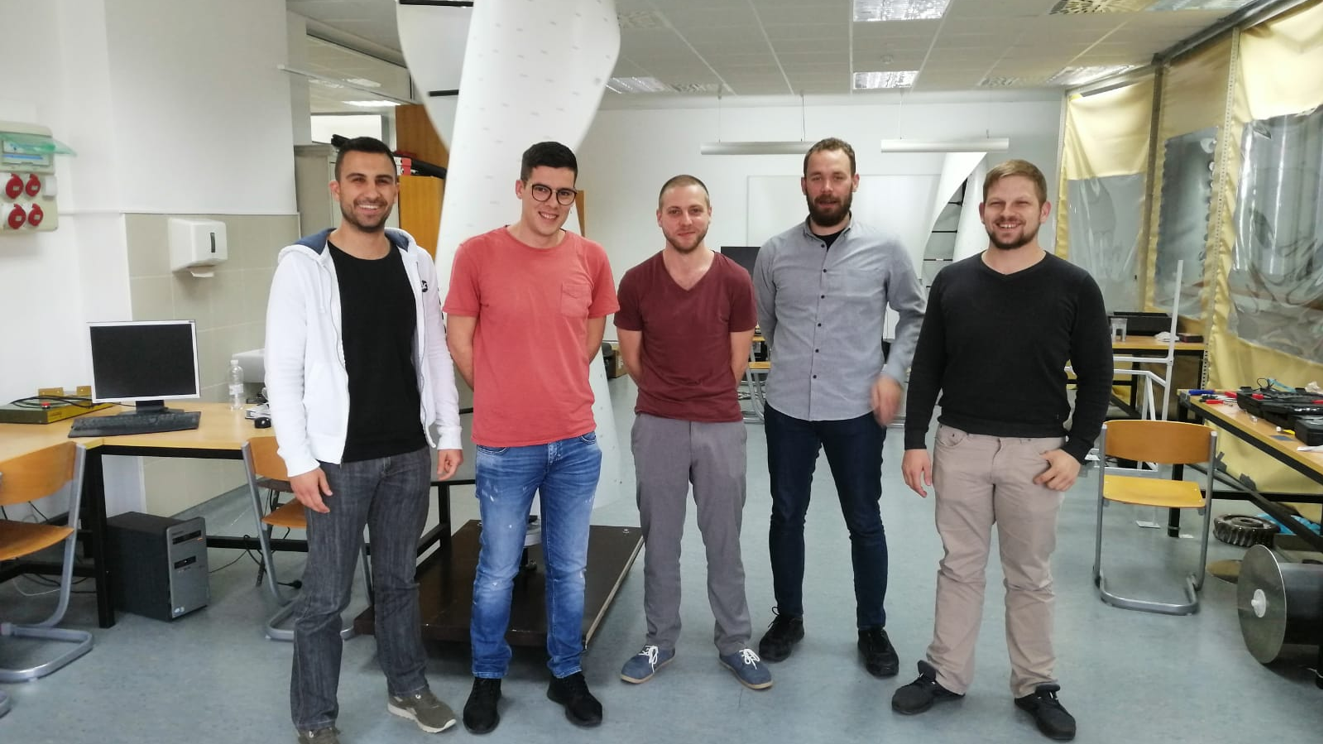 The Polimi Energy team from Polytechnic University of Milan, Italy (William Ferretto, Cristian Fiumi, Samuele Da Ronch, Antonello Damato, Riccardo Franchi) got the second prize. Their project is characterized by an accurate analysis of the Photovoltaics (PV) system, a well-defined grid control logic, together with a clear consideration of costs that suggests the inconvenience of using wind turbines. They used an in-house program for hour-based simulation of the microgrid. 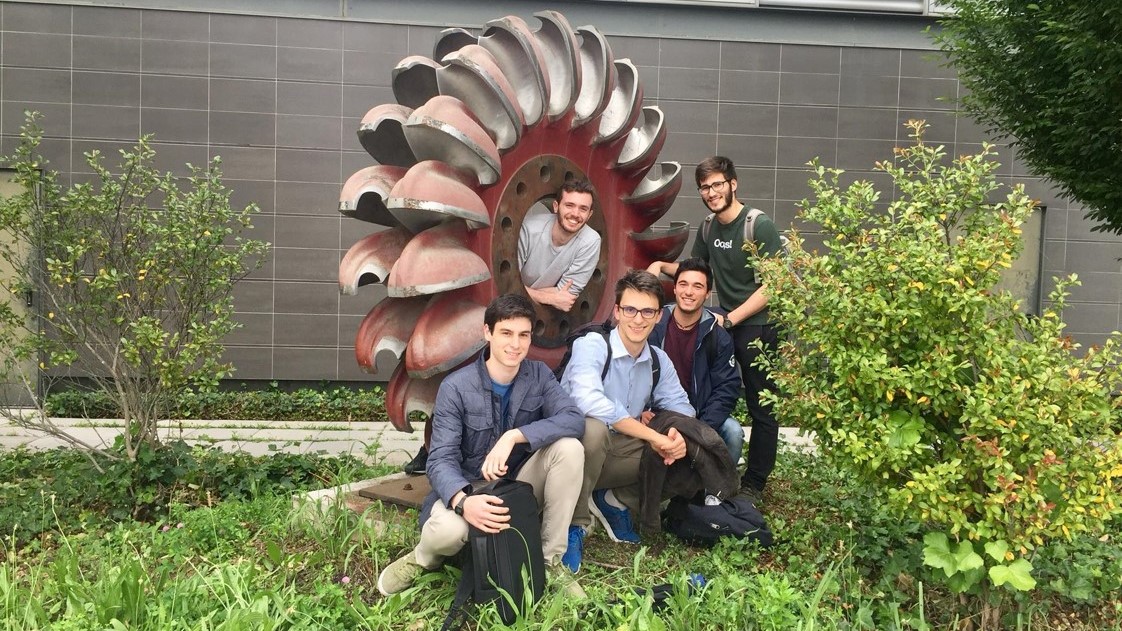 The third place of the ESTECO Academy Competition podium goes to Polimi Power team from Polytechnic University of Milan, Italy (Ambra M. Van Liedekerke, Carlo Tajoli, Carlo Uguccioni, Emanuela Tuttoilmondo, Gian Marco Trippetta). The team project focused on realistic problem constraints, using Multi-Criteria Decision Making (MCDM) and correlation analysis for a wider understanding of the problem, and identified a clear dispatch strategy applied to the microgrid system. They also found that the use of wind turbines is not convenient for the economic point of view. They also used in-house software for hour-based simulation. 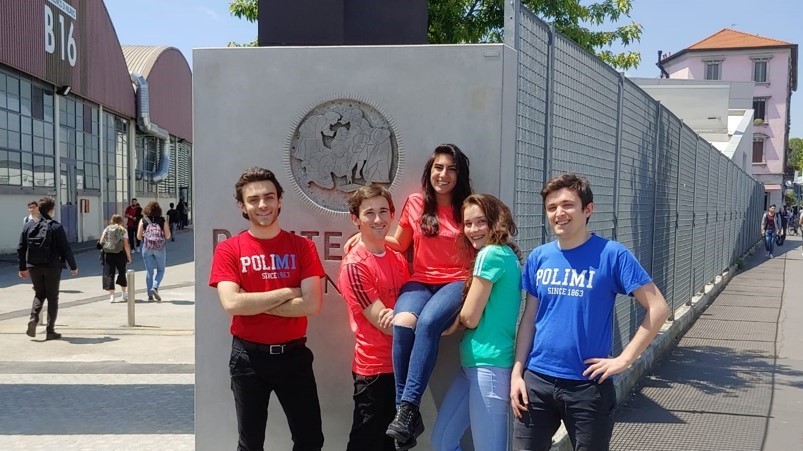 Congratulations to the winning teams of the final round of this year's ESTECO Academy Competition. Beyond the awards (cash prizes and ESTECO Academy Membership), the three teams will have the opportunity to showcase their projects to ESTECO experts and Cummins leaders via a web meeting.

Moreover, the FESB Energetika team will also be invited to present their project at the ESTECO Users' meeting North America 2019 (taking place on October 29th-30th, 2019 at the Inn at St. John's, in Plymouth, Michigan) where Cummins will be one of the keynote speakers. In case the winning team cannot attend the event, they will have the opportunity to present their project via a webstream.

Special thanks also go to all other shortlisted participants who were selected from over 100 students coming from 15 countries and 42 universities worldwide: