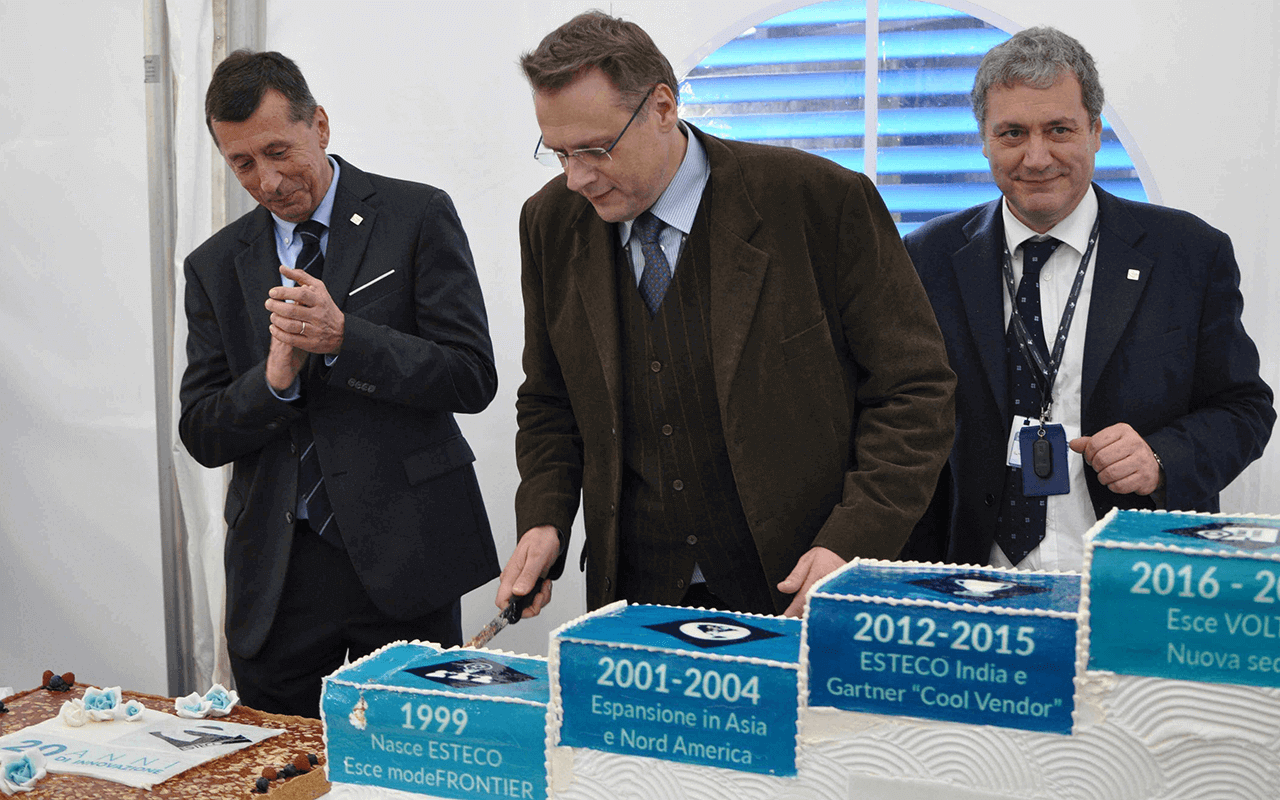 ESTECO celebrates 20 years since its foundation

Last Wednesday, ESTECO celebrated its 20th birthday. It was founded in 1999 based on the idea of ​​three engineers - Carlo Poloni, Luka Onesti, and Enrico Nobile - who decided to transform their knowledge, acquired during a European optimization project, into a successful commercial product.

"Even after 20 years I continue to consider ESTECO a start-up: aside from our core business, we continue to learn and look for new ways to innovate", said Carlo Poloni, president and co-founder of ESTECO.

"When we founded ESTECO, multi-objective optimization was a virtually unknown topic: we pursued a vision ahead of time. I believe that, along with a certain amount of luck, this was the key to our success",  he added. "We have been exploiting artificial intelligence and neural networks for 18 years within our flagship software, modeFRONTIER. We have been dealing with evolutionary algorithms since 1995 when we organized a workshop with the experts who were already working on this topic at that time ".

Over the years, ESTECO has grown steadily, gaining numerous recognitions. The internationalization strategy has led the company to approach foreign customers and markets thanks to a direct presence in the United States and India as well as a distribution network that relies on local distributors and sales partners in Europe, Brazil, Japan and in South East Asia.

Since its foundation, the company has maintained its headquarters in Trieste, Italy, within AREA Science Park, a science and technology hub where research, development, and innovation find a stimulating environment.