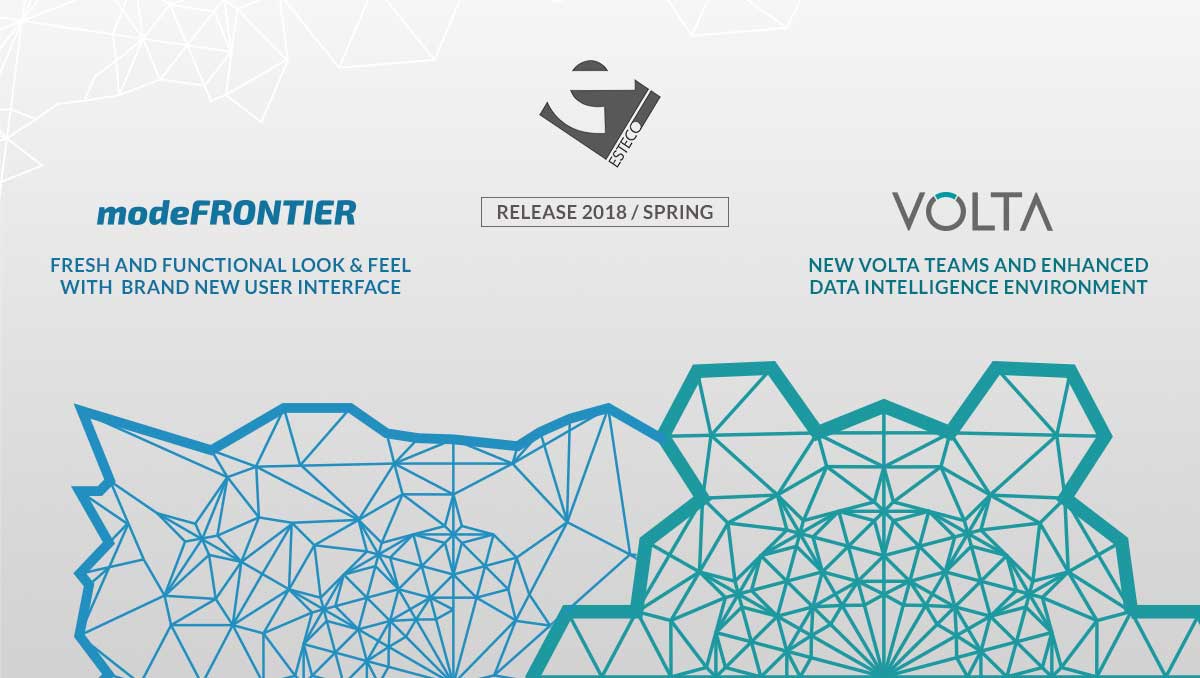 VOLTA and modeFRONTIER Release 2018 | Spring is out

We are proud to announce that the latest ESTECO technology update is now available. With VOLTA and modeFRONTIER Release 2018 / Spring, ESTECO introduces a brand new user experience for its desktop and web-based collaborative solution. Among other new features and improvements, modeFRONTIER comes with a fresh, modern User Interface while VOLTA redefines enterprise collaboration with My Teams feature.

Unveiling the new modeFRONTIER User Interface (UI). The latest release of modeFRONTIER introduces a renewed, fresh, modern and user-friendly look. The new interface organizes the visual space, centralizes and simplifies a number of actions in a rational way, improving the general usability of the software.

modeFRONTIER now welcomes users with a new Home Panel that makes it more intuitive than ever to create, open and save projects. From here the integration with VOLTA is straightforward and you can quickly access the modePROCESS and modeSPACE applications, as well as other utilities and useful contents, such as user manuals, template projects and tutorials.

With this release, MapleSim joins the list of direct integration nodes allowing users to exploit the optimization of system level engineering design. By taking advantage of modeFRONTIER powerful process automation, the selection of design parameters and outputs from Maplesim model is very easy and effective. 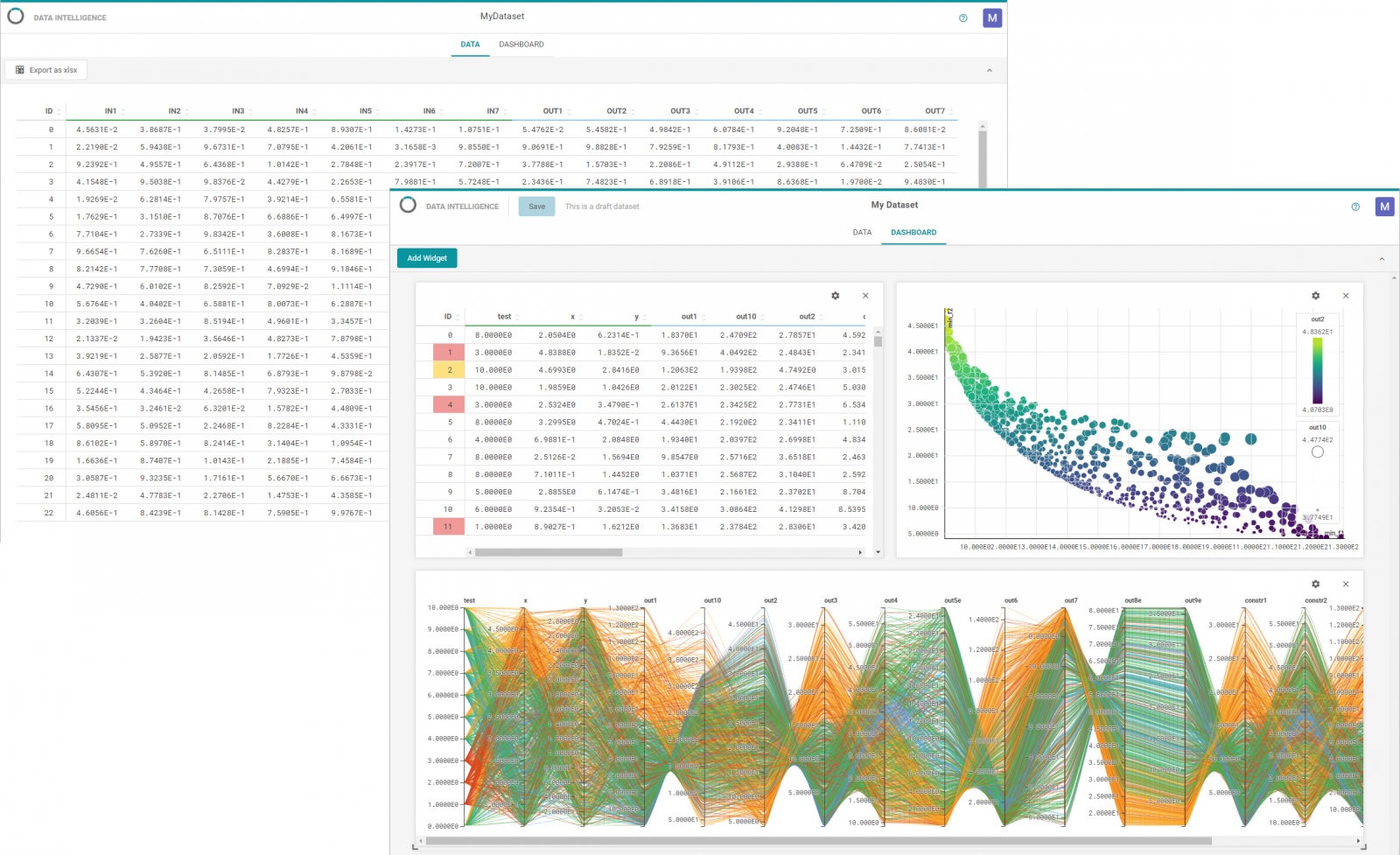 See all sides of your data with the VOLTA Data Intelligence environment split into two tabs. The Data Intelligence Environment has been divided into a Data tab that displays pure, raw data and a Dashboard that allows you to visualize data into charts and make sense of it faster. New charts have been introduced  for better interaction with your data. Experience the new History,  Carpet Plot, 3D Scatter and 3D Surface.

In the new VOLTA release it is also possible to customize and save dashboard with the desired widgets. In addition to that, saved dashboards are stored along with all other project files so that others working on the project can see it too.

Design of Experiments (DOE) and scheduler nodes are paired into a Scheduling Start node. While it maintains all the functionalities of the two previous nodes, the layout of the new node enables less experienced users to set up an optimization and run their project very quickly and with little effort.